1. This group is open to anyone interested in astronomy, without prejudice of previous experience or equipment used. While the main topics of discussion should be centered around astronomy and the Meade 4M community that has been created, many products and applications including; telescopes, cameras, mounts, filters, and imaging etc., will not only be allowed, but necessary as they are relevant to our hobby.

2. The Meade 4M Forums are not portals to Meade Instruments’ Sales, Marketing, or Customer Service departments. For questions to or service from Meade, please call (949) 451-1450 or visit www.meade.com/support.

3. Our goal is to learn and share with other members of the Meade 4M Community in the hope of advancement for all. If you wish to be helpful or provide a source of encouragement, please do so. It is better to push someone up the ladder of success than to stand on their head to elevate yourself. There are members here who are new to astronomy, so please speak in a way that can be understood by all.

4. The rules are simple. Think before you post a message or reply. It should go without saying that flaming, badmouthing or profanity will result in immediate action. Slanderous criticism of people, organizations, companies, or products will not be tolerated. Evaluation in the interest of comparison is allowed if in a helpful, constructive manner. Remember, there is a fine line between reason and slander.

5. The responsibility of the moderators is to keep things in order. The responsibility of the individual member is to keep them from having to. If something goes wrong, remember - we do have jobs and are sometimes slow to respond. If anyone decides to display undesirable actions, the individual will receive a warning. If the problem persists, their posts will be moderated. If all else has failed, they will be removed from the group. These unfortunate actions would be to preserve the integrity of the group.

6. Be aware of sensitive topics, and no posts of a political nature. Topics like global warming, taxes, religion, politics or lifestyles could be considered "hot button" topics depending on their content and perceived intent. This is a judgment call the moderators of the forum will make. Please exercise your best judgment before posting.

The Moderators of the Meade 4M Community Forums

I had some clear sky for a change, so took some shots in hydrogen alpha light and "white light": http://sungazer127ma...nuary-13th.html

BIG NEWS: As of today the new LX850 is officially shipping! Those affected by the LX800 recall will be receiving units as early as next week, with dealers and new orders being handled immediately afterward.

Been too cloudy to shoot anything so I thought everybody might get a kick out of this.  A glimpse of the 1997 Meade General Catalog.

You can also see the photos accompanied by "Space is deep", an old classic by Hawkwind:

I've just started the May thread, which will now be written latest first, so you don't have to scroll to the bottom to get the latest observations: http://sungazer127ma...5/may-2013.html

You can find a directory of interesting objects to view and photograph here: http://philippugh.co.../Directory.html

OR you can see them in a tour of the universe: http://philippugh.at.../Universe1.html

Finally, you can now see the latest Twitter and blog feeds on my Amazon home page: http://www.amazon.co...gh/e/B0034NTCJK

Καλημέρα,
The AR 2673 is still activity!

I am going to try and put the last third of the Targets in this one string of posts.  I have no idea if they will come in large batches or if they will come just a couple at a time, like this morning.  Anyway, here goes:

The alarm went off at 5 AM and I was up like a shot.  Fifteen minutes later, I was outside, dressed properly (feet down the right pant legs, etc.) and encumbered with the correct clothing for 13 Deg F weather, telescope in place, and eyes trying to focus!  After some preliminary efforts at Jupiter, I decided I was prepared enough to try for M65 and M66

71-M66 and 72-M65:  The Leo Triplet of galaxies are located about half way along a line from Theta to Iota Leonis.  Theta is in the position of the lower edge of the body of the lion and about where the bottom of the hip would be.  Iota is located southeast of Theta about five degrees in the position of the rear knee.  M65 is directly on the line in my atlas with M66 just to the east of it.  NGC 3628, the third galaxy is North of M66.  All three can be enclosed by a one degree circle.

Just to the west of the trio is a curved arrangement of stars that reminds me of a question mark.  The brightest star of that curving group is 73 Leonis, which shows in my regular atlas with its number.  There is roughly a tenth magnitude star to the east of 73 that forms the top left end of the question mark.  That star is almost between M65 and NGC 3628.

With my scope centered on where I thought the middle of the trio should be, at 16X, about a degree east of 73 Leonis, I waited for a while and could see a vague vertical spot of lighter grey, which I guessed was M66.  I switched eyepieces to 32X and waited.  The first spot was definitely there.  In a minute or so, a second vertical swatch of grey showed up.  The tenth magnitude star was above that swatch, so that much be M65.  Looking slightly above the star and a little to the left, I could see a vague lightening in the background that seems circular or nearly so to me.  This was in the spot where NGC 3628 is indicated in my atlas.

After that, I attempted to move on to a whole cluster of galaxies east of Beta Leonis, the lion’s tail star.  However, I started having trouble seeing things.  Both contrast was decreasing as well as the brightness of stars.  I looked to see if my objective was frosting up, but did not see anything.  Possibly, a thin cloud had moved in the way.  At that point, I noticed that my toes were getting past cold and were getting a bit numb, so I decided to call the session to an end.  I was out about 45 minutes all together, a little shorter than I would have liked, but successful for this quest, none the less.

I consider them God's Christmas ornaments because they appear around Christmas and they are so beautiful.

It has been a while since Ive checked in due to I had the wrong or old link bookmarked and didnt notice the forum was back open since its crash.I had to rebuild my OBS pc and fix a lot of things that went bad last season and finally have things up and running again and ill be checking in more often now. 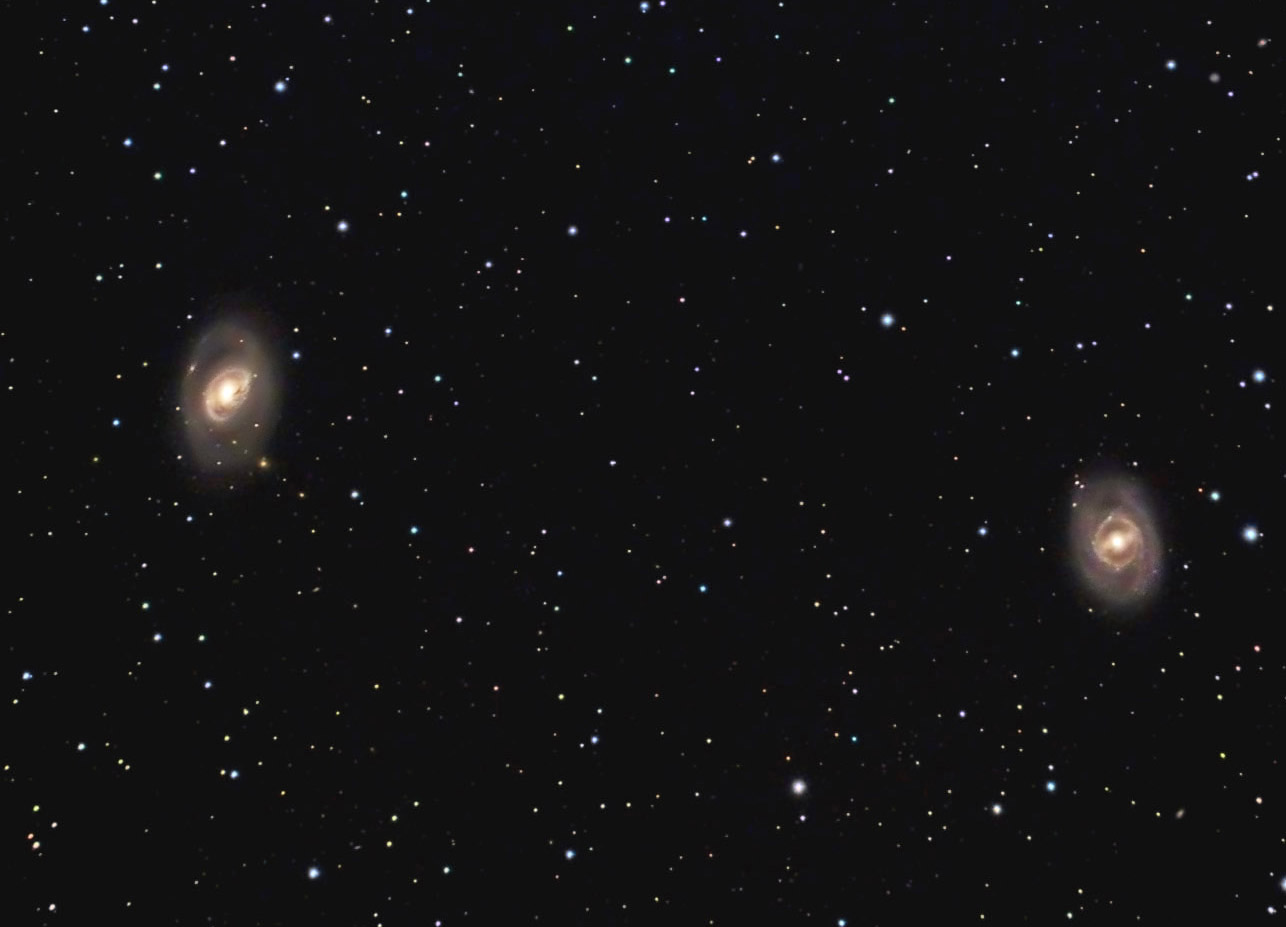 and a core shot of the Rosette Nebula 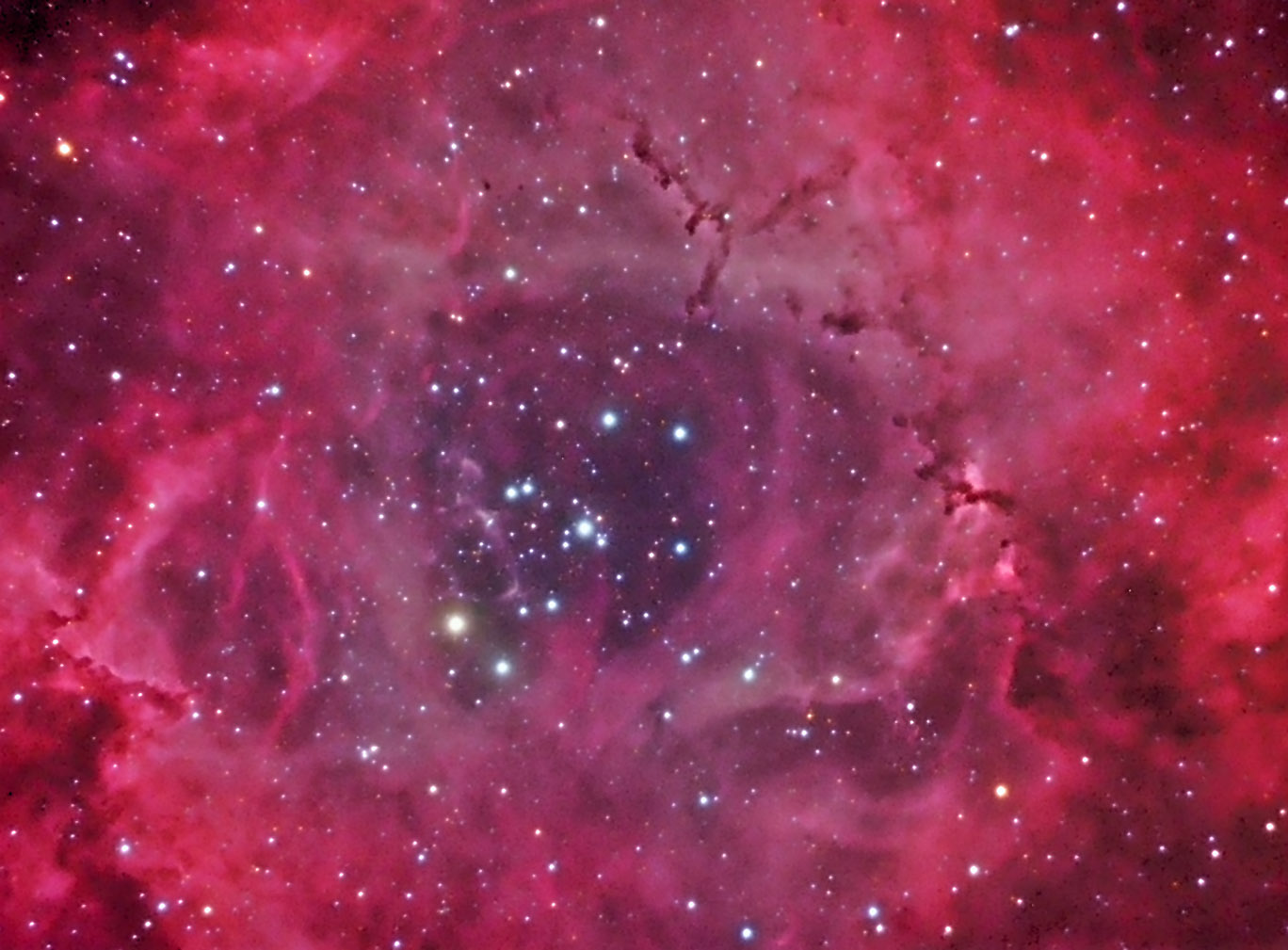 and I was freezing during the whole obs-session

I have old M1 data, I will make a picture that will show the nebula expansion, get back to you.

Here are the nebula expansion seen from 2011 until today,

Sadly to say, my 2011 M1 color picture isn't in the same quality as my latest picture

Bill,
You mentioned that by circumstance you became an administrator for this site, sometime you wil have to go into a little more detail on how that happened. I think that without you and your involvement this site would probably die off. I think we all need to THANK YOU for doing what you do.

THANKS A MILLION Bill

Shot these yesterday with the 8" LX90 and the Canon T5. Looks like I need to do a little cleaning on the barlow. That pic is pretty nasty!

Well, I wasn't going to post this because I was hoping to get clearer skies and a better shot, but what the heck!  That may be awhile!  Here's my shot of Jupiter on 6/11/17.

Thanks for looking
Marios

After 21 cloudy nights we finally got a beautiful sky last night in Northwest Alabama! I was anxious to try out the Meade focal reducer that had been setting on the scope for 2 weeks. I had heard both positive and negative comments about it but I must say, I am very pleased with it the first time out. Here's a shot of 52 Cygnus, the Western Veil.  It's only 7 shots stacked at 30 seconds each.

Dont know why I never published this image.Found it in a files folder 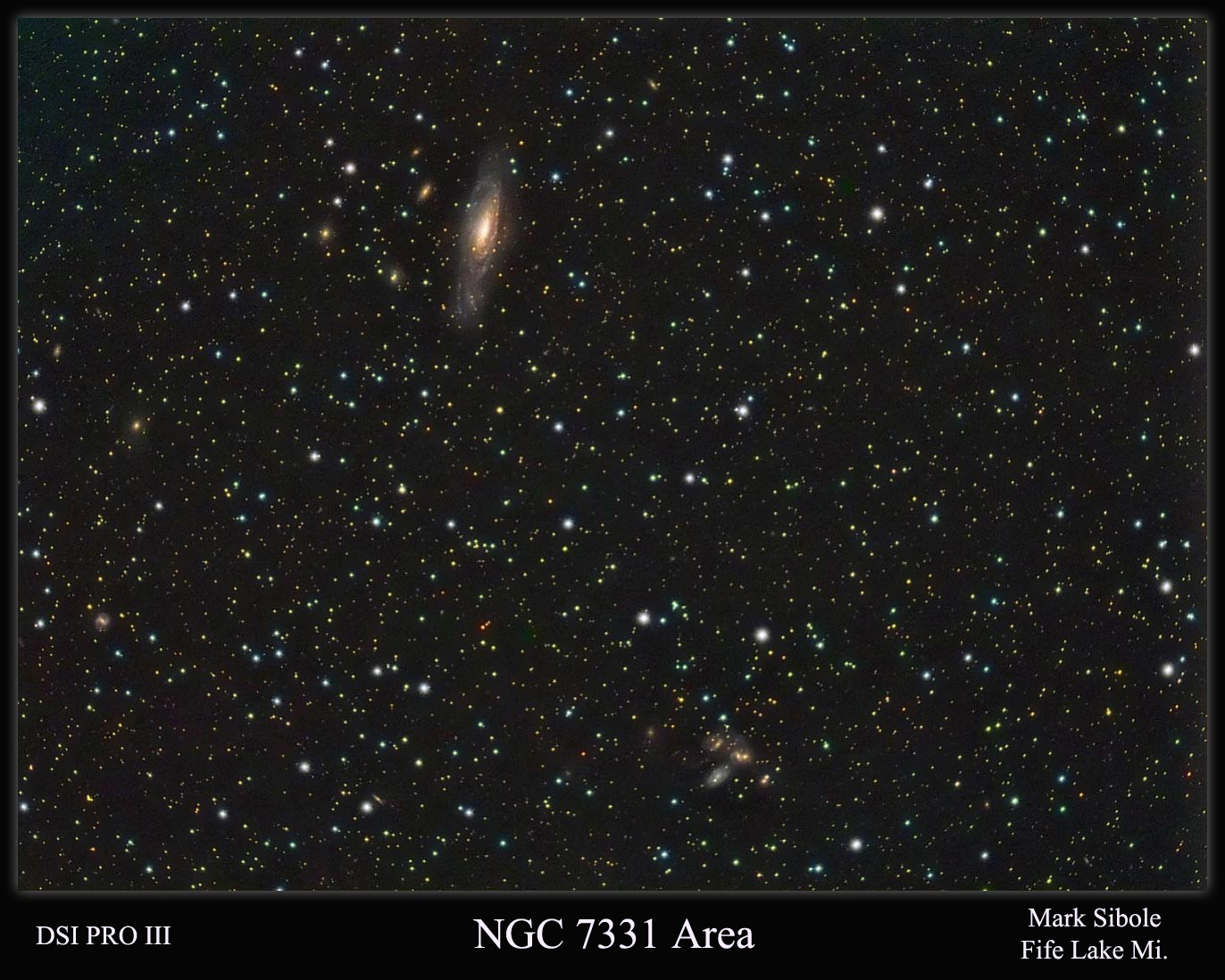 I was lucky with the weather conditions in Copenhagen Denmark a couple of days in March 2016. Now in total ~6.6 hours exposure of the M97 object. The OIII halo consist of 48*5min subs = 4 hours exposure blended into the green and blue color channels.

This is a slightly modified/updated version compared to the version shown in my astrobin account.

Thanks for looking. Kind regards Niels

If you want to see a grown man cry, come to my house today in Chapel Hill, N.C. My scope is sitting at a freight transfer station less than 30 minutes from my house, and is set to stay there 'til tomorrow.

I asked if I could come get it and they said NO! how dare they...